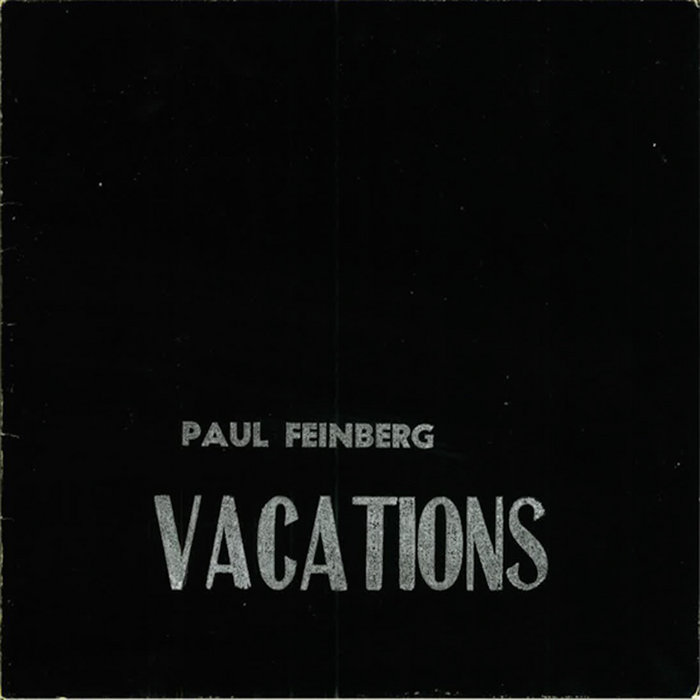 “Vacations” is a reissue of a 1979 7” record by Paul Feinberg. At the forefront of trends in sampling, noise, and no wave clatter, we’re pleased to present this piece of underground history to a new generation of listeners. Paul Feinberg is a true artist and “Vacations” embodies the spirit of uncompromising creativity we most value at Immigrant Breast Nest.

NOTE:
Do not ignore the PDF included in your download. It contains the detailed, entertaining recording notes from Paul as well as scans of the original 7” record and sleeve.

﻿Vacations - Notes on the Instruments

“Nails” A large iron storage tank was found above ground on a weedy empty lot near the Detroit River, east of downtown . It had a porthole large enough to stick my head in, in order to listen. Also a microphone. My arms are outstretched on either side . I was playing the storage tank.


“ Tokyo Pluto” I wanted an instrument that played voice echoes for notes. Of course there was no such thing and samplers were in their infancy. I drove over to Belle Isle Park in the Detroit River. It was winter, just after one in the morning, snow on the ground. I set up a microphone in the corner of one of the three wall handball courts and started shouting. After I transferred the cassette recording to the open reel machine, I started snipping off the echoes from the shouts. The notes you hear in the beginning of the piece are the echoes of my voice.


“Tic Toc” The instruments are metal bars of 440 aluminum (aircraft aluminum). The smallest one was two feet long, and the largest was eight feet long. They were a quarter inch thick, and four inches wide. The bars hung from the ceiling and could rotate when played.


“Roof Winter” This was recorded on the roof of the Farwell building in downtown Detroit. Tim Dipert plays saxophone, Mary Sobiechowski sings and Paul Feinberg plays whistle. The low whistle sound was courtesy of the city of Detroit trolley.


“Walk with Disc” The instruments made use of metal strapping used for tying down pallets. The body of the disc was made by covering a mold with fiberglass. There were two discs which looked like giant jellyfish after the metal straps were attached. The discs were four to six feet in diameter. The footsteps were recorded at Pt. Pelee Wildlife Refuge in Ontario.