by Digit216 vs. Speak Onion 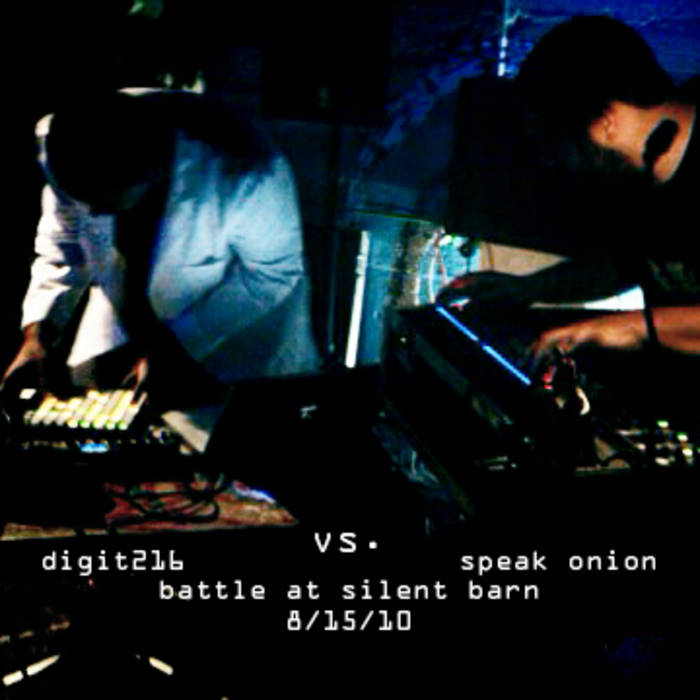 Here is the sound of two giants locked in combat, leveling everything in their path. New York City’s most imposing purveyors of angry electronic mayhem met in pitched battle to determine who truly has the most dangerous beats in town. Digit216, the crowned king of cybergrind calamity, launched a barrage of mega-ton kicks and a seemingly infinite arsenal of bulletproof breaks. Speak Onion, the #1 boss of drum’n'noise, let loose a plague of toxic chemical synths and flesh-eating effects. After 5 rounds of chaos, the only clear winner was the crowd of on-lookers, left with gaping jaws and shattered eardrums.

Fortunately, a pristine recording from the mixing board has been uncovered, so the historic Battle At Silent Barn can take its place in history. Immigrant Breast Nest will bring this event to light so the world can hear the dangers of armed electronic conflict and the horrors of breakcore war. Hopefully society can learn from the past and such carnage will never repeat itself. Actually, scratch that, this shit crushes. Once you get this in your head, you’ll want it to happen again on a sound system near you.